Antibody–Drug Conjugates (hereinafter referred to as ADC) are made up of monoclonal antibodies that target specific antigens through a linker and highly efficient cytotoxic small molecules. From the design point of view, ADC can use the specificity of antibodies and antigens to focus cytotoxic small molecules on target cells "precisely" and then kill them. Due to the extremely military positioning and tracking missiles, the industry has always referred to it as a "biological missile." 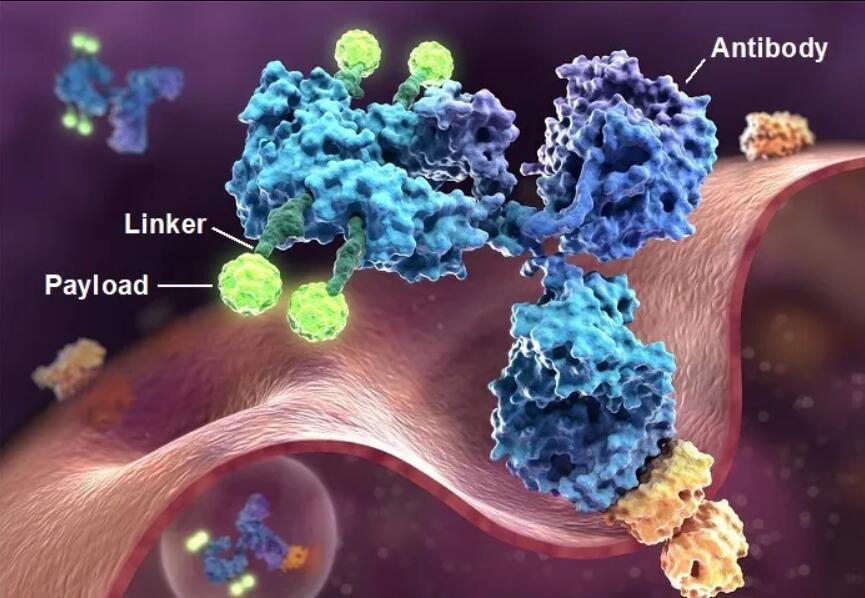 Origin:  https://www.adcreview.com
However, due to the particularity of the design concept and its structure, the technical barriers of ADC are higher than that of general biological drugs. Because of this, despite several decades of development, there are currently only 8 ADC products approved worldwide. Compared with the hundreds of thousands of chemical and other biological drugs approved in recent years, ADC appears to be too few.

The two protagonists introduced today-Enhertu and Sacituzumab govitecan are the latest representatives of ADC.

Enhertu's original research company is Daiichi Sankyo, which is an ADC composed of trastuzumab and ixiticon derivatives. In April 2019, AstraZeneca and Daiichi Sankyo signed a cooperation agreement of up to 6.9 billion US dollars for Enhertu, which made it famous. In December of the same year, the Phase II clinical data published by the New England Journal of Medicine really made Enhertu a hit again.

According to the published data, among 184 patients with unresectable or metastatic Her2-positive breast cancer who have used two or more Her2-positive treatment regimens but the disease is still progressing, Enhertu is used as follows: 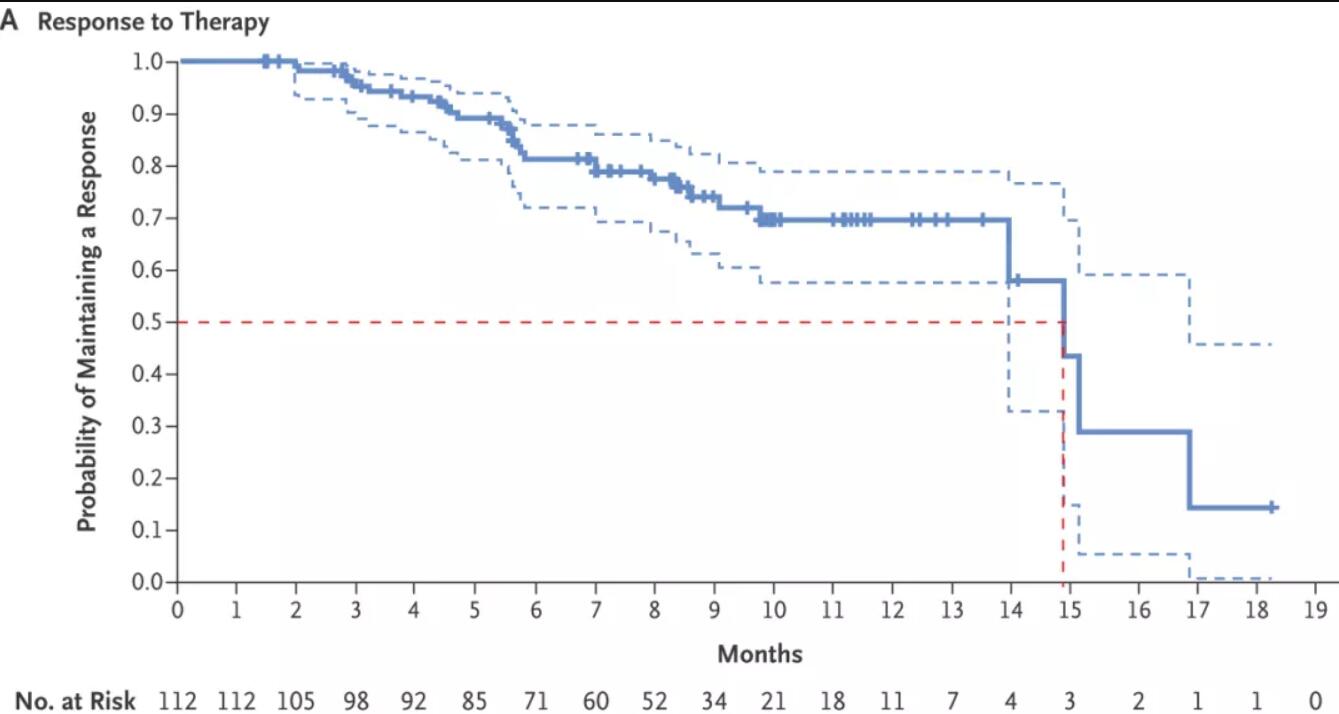 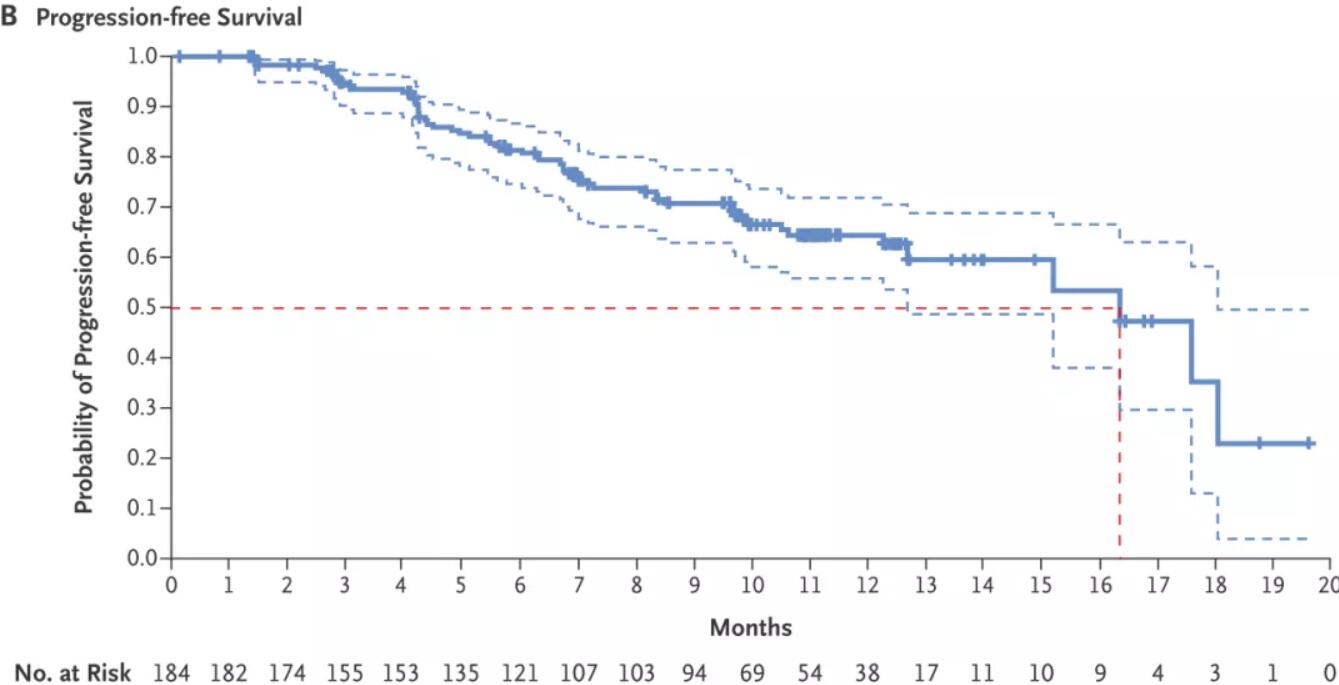 In cases where Her2-positive breast cancer patients have exhausted almost all Her2-targeted drugs and still cannot control disease progression, Enhertu is still able to relieve nearly 61% of patients, and its clinical value is self-evident.

For other solid tumors, Enhertu has also shown positive results in gastric cancer. In January 2020, AstraZeneca announced that the drug has reached the clinical endpoint in Phase II clinical trials on Her2-positive gastric cancer.

In addition to breast cancer and gastric cancer, the drug is used in colorectal cancer, NSCLC, and clinical trials of combined PD1 inhibitors in an orderly manner.

Based on multiple positive clinical data, Clarivate predicts that the drug's global market will exceed US $ 2.6 billion in 2024. 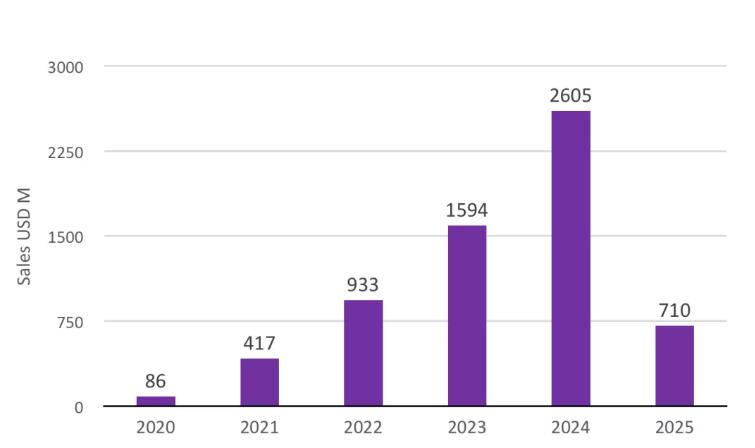 The original company of Sacituzumab govitecan is Immunomedics, which is formed by coupling the monoclonal antibody hRS7 targeting TROP-2 protein with the active metabolite of irinotecan and is currently in the pre-registration stage. Once the drug is approved, it will be the first-in-class in the TROP-2 field. （Related Article: FDA Approves Sacituzumab Govitecan for Triple-Negative Breast Cancer）

In February 2019, a piece of data from the New England Journal of Medicine showed that among 108 patients with metastatic triple-negative breast cancer who had received at least 2 treatment options, Sacituzumab govitecan was treated as a single agent: 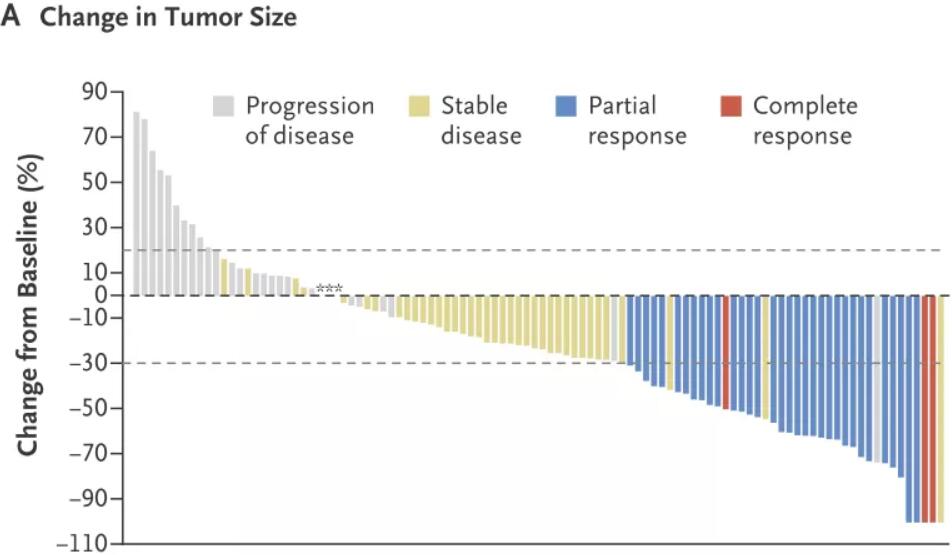 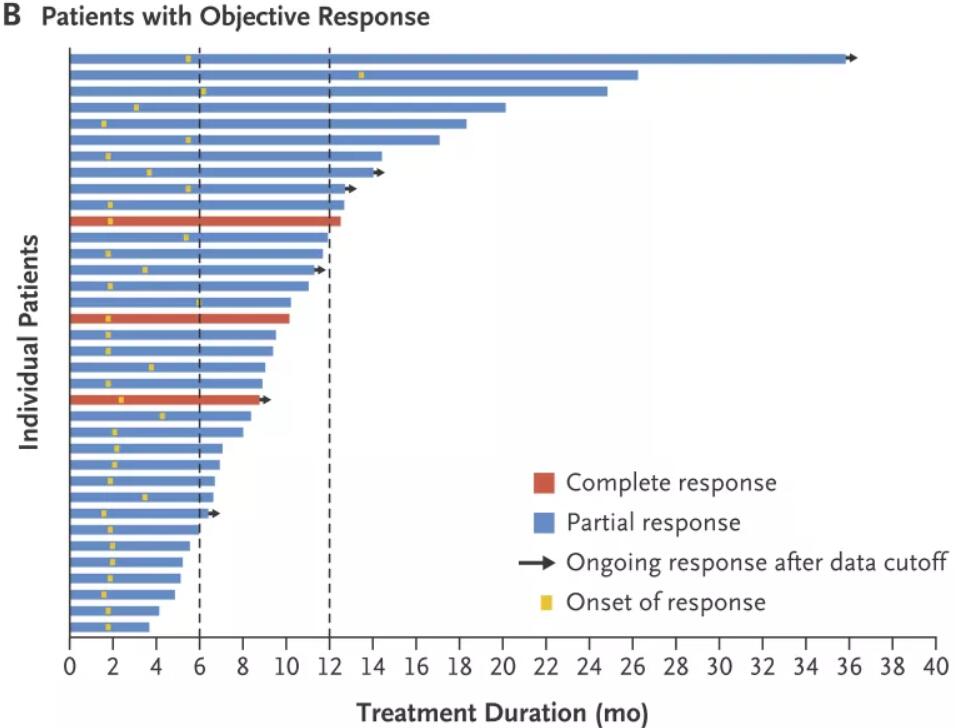 3. The median progression-free survival (PFS) was 5.5 months, and the estimated overall survival (OS) was 13 months. 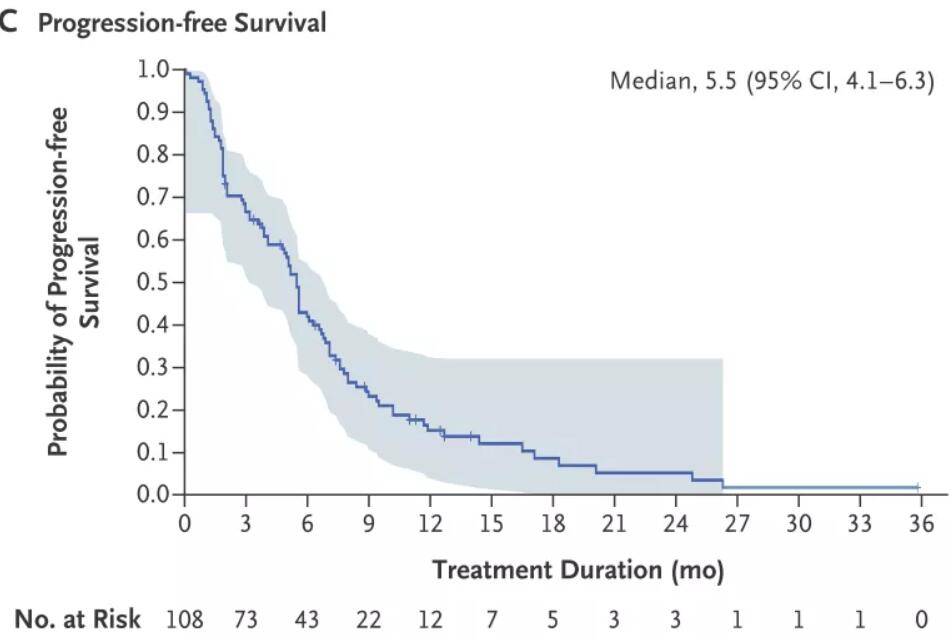 In my opinion, the approval of Sacituzumab govitecan is only a matter of time, and the drug has great potential in many solid tumors. As Clarivate predicted, the drug will become a blockbuster in 2024, and global sales are expected to be US $ 1.27 billion. 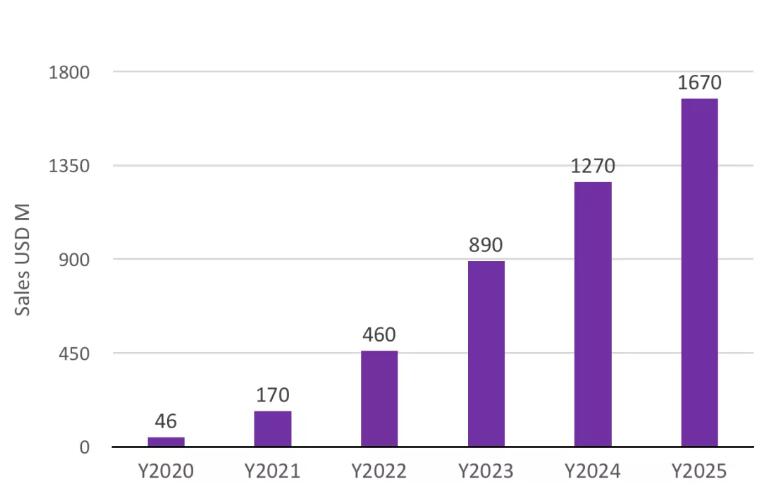 From the moment the design concept of the ADC drug was proposed, scientists hoped that the ADC could partially solve the limitations of the poor efficacy of naked antibodies, and at the same time make up for the shortcomings of cytotoxic small molecules that are too toxic to be prepared.

Reflecting this hope in the clinic, it can be found that the ADC drugs represented by Enhertu and Sacituzumab govitecan are indeed very superior in tumors, especially malignant tumors.

2. Sacituzumab govitecan became the first-in-class in the TROP-2 field is almost a matter of course. Its listing not only provides new hope for the treatment of triple negative breast cancer, but also confirms the potential of the new target TROP-2 in tumors.