Until recently, cancer treatment included four main types of treatment: surgery, radiotherapy, chemotherapy and targeted therapy. In the past decade, immuno-oncology (IO) has become a novel and important cancer treatment method by stimulating the body's own immune system to kill cancer cells. This newly recognized method of treating cancer is developing rapidly, and the way it treats cancer may be a game-changer, especially in the advanced stages of the disease. However, despite this innovation, immunotherapy can only help some patients. We know that many cancer types are not suitable for treatment with certain immunotherapy, and it is estimated that only a small percentage (~12%) of patients who can receive immunotherapy will respond to them. 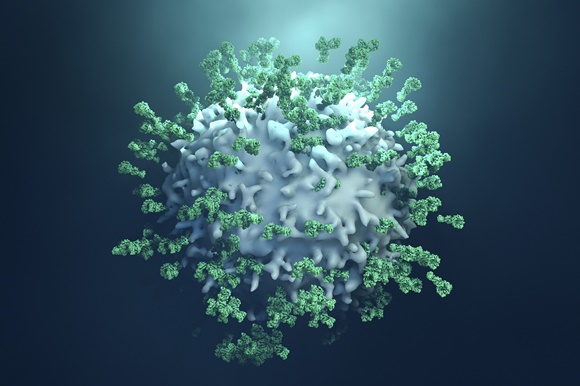 Many companies are developing novel investigational drugs that are redesigned based on "older" or existing cancer treatments. For example, antibody-drug conjugates were developed by using two established cancer treatments (antibodies and cytotoxic drugs) and co-engineering them to create a new class of approved drug therapies. Another example is that CAR T cell therapy is based on a cancer therapy called tumor infiltrating lymphocyte (TIL) therapy, and then enhanced by adding engineered receptor proteins.

The Case for Re-Exploring Existing Therapies

Drug discovery is a long, arduous and cost-intensive journey, especially for cancer treatment. Despite rationalized assumptions and rigorous clinical research, the rate of R&D failure exceeds the rate of success. Therefore, the ability to shorten this time frame and increase the likelihood of finding a "winner" is extremely valuable. In addition to company experience and proprietary technology, pharmaceutical and biotechnology companies also seek various resources to help make more informed decisions, including predictive modeling. Companies are also increasingly starting to study older therapies - ones that may have shown promise but failed to positively affect the prospects of treatment due to certain shortcomings - to see if they can be re-engineered for better efficacy and safety to increase the chance of success.  IL-2 based therapy is one such target.

Interleukin-2 (IL-2) is a T-cell growth factor induced by antigen stimulation. It is a pleiotropic cytokine and plays a key role in the immune response. Due to its ability to activate anti-cancer immune cells, IL-2 based therapies have shown significant anti-tumor efficacy. However, the development and use of therapies targeting the IL-2 pathway is limited by onerous tolerance profiles. One such therapy is aldesleukin, which is approved for the treatment of adults with metastatic renal cell carcinoma and metastatic melanoma. This approach has shown valuable efficacy, but brings serious side effects such as capillary leakage, decreased neutrophil function and increased infection.

In the past eight years, people have developed new interest in studying IL-2 pathways, building on learnings, and hopefully reducing limitations by developing new investigational treatments via protein engineering approaches. Natural IL-2 can activate and expand many types of cells, including immunosuppressive regulatory T cells (Tregs), anti-cancer CD8 + T cells, natural killer (NK) cells and vascular endothelial cells-all of which play an important role in the cell and immune health. However, to overcome the limitations of current IL-2 based immunotherapy, it is important to selectively expand the anti-cancer CD8 + T and NK cell population without affecting other cells.

The main challenge of this approach is to develop novel molecules that are less toxic without reducing the efficacy of IL-2 therapy. Redesigning proteins for better efficacy and/or safety may one day prove to provide other benefits, such as: producing proteins with better stability and longer half-life; improving binding specificity to the target; or preventing a target from binding to its naturally occurring partner/ligand. Protein engineering is usually accomplished through structural redesign or blocking via PEGylation.

PEGylation is one of the earliest and most widely used blocking methods to extend serum half-life and involves chemically attaching a polyethylene glycol (PEG) "mask" to a part of the protein. In the case of IL-2 therapies, multiple PEGs can be used to create a pro-drug that requires an “activation” of the drug itself once inside the body, via metabolic removal of the PEG modifications, to arrive at an active IL-2 species, some of which have altered specificity for IL-2 receptors.  PEG modifications can also be incorporated to prevent binding to sites responsible for the adverse effects of IL-2 treatment. However, PEGylation is not without potential challenges. Patients can develop an immune response to PEG, thereby producing antibodies that can clear the PEGylated drug from the patient before there is time to try effective treatment. Some PEGylated proteins are designed to have "releasable" PEG molecules. However, the rate of PEG release can vary, and the pharmacokinetics of such drugs must be carefully monitored.

As a global partner, Biochempeg can supply commercial quantities of high quality functionalized PEGs, which are essential for your PEGylated therapeutic proteins. We will deliver your PEGylated product with a certificate of analysis, as a regular end-product, for further testing at your site.

Redesigning the physical structure of a protein (for example, by creating a stable fusion protein) is a way to change the function of naturally occurring IL-2 to more selectively bind to the receptor. This method can provide stable molecules with inherent activity that can be active without any metabolic breakdown in the body. Theoretically, it is hoped that increasing the selection performance can achieve the desired curative effect while reducing adverse events. Another question is whether the lack of "foreign" entities (such as PEG) can minimize the chance of developing an immune response to the drug itself.

IO is a fundamentally different cancer treatment and is redefining the way that both solid and hematological tumours are treated. However, this new treatment model is still in its infancy, and there is still a long way to go to optimize the use of these novel therapies, minimize their toxicity and learn how to incorporate them into the current standard of care. In addition, due to their high cost, there are challenges in integrating them into the healthcare system in an economically sustainable manner while increasing patient availability.