Why Did The Discovery of Hepatitis C Virus Win The Nobel Prize?

On October 5, 2020, the Nobel Prize in Physiology or Medicine 2020 was awarded jointly to Harvey J. Alter, Michael Houghton and Charles M. Rice "for the discovery of Hepatitis C virus." 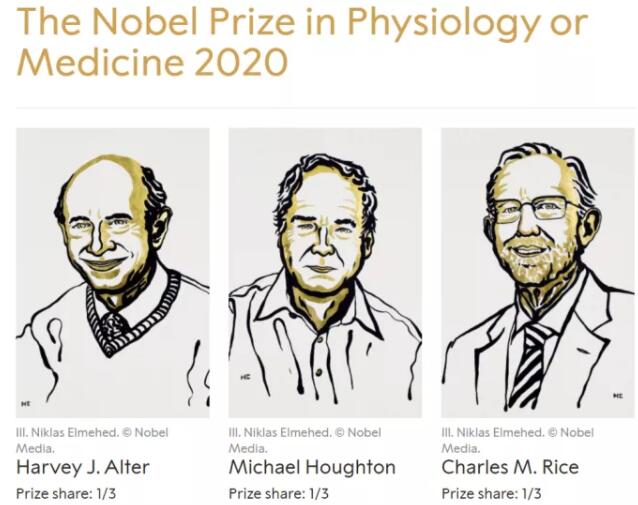 Although the occurrence of hepatitis is related to alcoholism, environmental toxins and autoimmune diseases, the main influencing factor is viral infection. In the 1940s, it was clear that there were two main types of infectious hepatitis.

Blood-borne hepatitis is associated with high morbidity and high mortality, causing more than one million deaths worldwide every year. Therefore, it has become a global health problem comparable to HIV infection and tuberculosis. 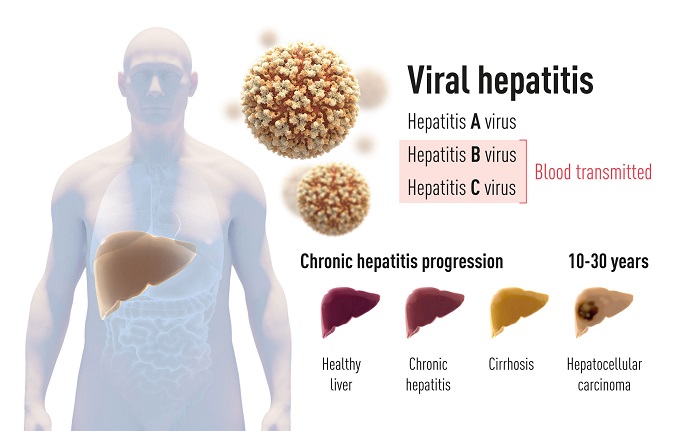 Identifying the pathogen is the key to successful intervention in infectious diseases. In the 1960s, Baruch Blumberg determined that blood-borne hepatitis was caused by a virus called hepatitis B virus. This discovery directly led to the development of diagnostic tests and effective vaccines. Because of this discovery, Blumberg was awarded the 1976 Nobel Prize in Physiology or Medicine.

At that time, Harvey J. Alter of the National Institutes of Health studied the occurrence of hepatitis in patients receiving blood transfusions. Although blood tests for the newly discovered hepatitis B virus have reduced the number of cases of hepatitis related to blood transfusion, Alter and colleagues have shown that there are still a large number of cases. At the same time, tests for hepatitis A virus infection have also been carried out, and it is clear that hepatitis A is not the causative factor in these cases.

Worryingly, a large number of blood transfusion patients have developed chronic hepatitis due to an unknown infectious agent. Alter and his colleagues showed that the blood of these hepatitis patients can transmit the disease to chimpanzees, which is also the only susceptible host besides humans. Subsequent research also showed that the unknown infectious agent has virus characteristics. So Alter defined a new and unique type of chronic viral hepatitis. This mysterious disease is called "non-A, non-B" hepatitis.

For any infectious disease, finding its pathogen is always the first priority.

Although humans have used all traditional analysis techniques in the process of searching for the pathogen of hepatitis C, they have still found nothing for more than ten years. Michael Houghton, who worked for the pharmaceutical company Chiron at the time, undertook this difficult task: to isolate the genetic sequence of this unknown pathogen. Houghton and his colleagues collected large amounts of DNA fragments from the blood of infected chimpanzees. Although most of these DNA fragments are derived from the chimpanzee genome, Houghton's team speculates that some of these DNA fragments originate from the unknown virus. At the same time, they also believe that virus-specific antibodies will appear in the blood of patients with hepatitis. Therefore, the research team used the patient's serum to screen for DNA fragment clones that encode viral proteins. After a comprehensive screening, the Houghton team finally found a positive clone.

Subsequent work showed that this clone was derived from the RNA virus of the Flaviviridae family and was subsequently named Hepatitis C virus. The specific antibodies that appear in patients with chronic hepatitis indicate that the hepatitis C virus is the pathogen that humans have been searching for.

The impact of the discovery of the hepatitis C virus is decisive. But there is another important piece of the puzzle that has not been found. Can this virus alone cause hepatitis? To answer this question, scientists must study that this virus clone can multiply and cause disease.

Several research groups on RNA viruses, including Charles M. Rice of Washington University in St. Louis, have discovered that an unknown sequence on the hepatitis C virus may play a key role in the replication of the hepatitis C virus. Charles M. Rice also found some genetic variation in the isolated virus, so he hypothesized that some variation might inhibit virus replication. Through genetic engineering, Rice obtained an RNA mutant with clear functions and no inactivated gene mutations. When this RNA was injected into the chimpanzee's liver, the researchers detected the virus in the chimpanzee's blood and observed pathological changes similar to humans. This finally proved that the hepatitis C virus is the chief culprit of hepatitis caused by blood transfusion.

The Impact of This Nobel Prize On Science And Society

The discovery of the hepatitis C virus by the Nobel Prize winners this year is a milestone achievement in the history of human struggle against viral diseases. Due to their findings, high-sensitivity blood tests to detect HPC have been widely used, and post-transfusion hepatitis has basically been eliminated globally.

Their discovery also makes it possible to develop antiviral drugs against hepatitis C. It was discovered for the first time in history that this disease can be cured, bringing hope to eradicating the hepatitis C virus.