The therapeutic principles of ADCs (antibody drug conjugates) have become relatively clear. After more than 20 years of development since the first ADCs were approved, ADCs are now amongst the fastest-growing drug classes in oncology.

The success of ADCs has stimulated the pharmaceutical industry to explore novel drug conjugates, leading to the development of a large number of novel Conjugated Drugs in a wide variety of forms, such as peptide-drug conjugate (PDC) and immune-stimulating antibody conjugate (ISAC), etc.

More than 100 years ago, Paul Ehrlich, the father of chemotherapy, first proposed the concept of selectively delivering "magic bullets" to tumors through targeting agents in order to minimize damage to healthy cells in chemotherapy and to deliver cytotoxic drugs to the precise lesion, which led to the development of early ADCs.

Over the past decade or so, the therapeutic value of ADCs has been validated and recognized through continuous iterative optimization. To date, 12 ADCs have been approved by the FDA.

History of ADC development. Adapted from ref. 13 with permission from Elsevier, Copyright 2014.

Based on the design concept of ADC, scientists have started the exploration and development of novel drug conjugate technology, in which the antibodies of ADC can be replaced with antibody fragments, peptides, etc., while the cytotoxic warheads can be replaced with either cytotoxic molecules such as nucleotides, antibiotics, or targeted drugs such as oligonucleotides, biopolymers, siRNAs, immune agonists, etc.

PDC: Is it An ADC Successor?

PDC is similar to ADC in structure, mainly composed of three parts: homing peptide, linker and payload. Unlike ADC, PDC relies on a peptide chain of about 10 amino acids to target tumor cells, and its drug molecular weight is smaller compared with ADC, which can be rapidly enriched to tumor sites, while the drug molecules in blood can be rapidly cleared with a short half-life, helping to reduce the toxic side effects caused by off-targeting. 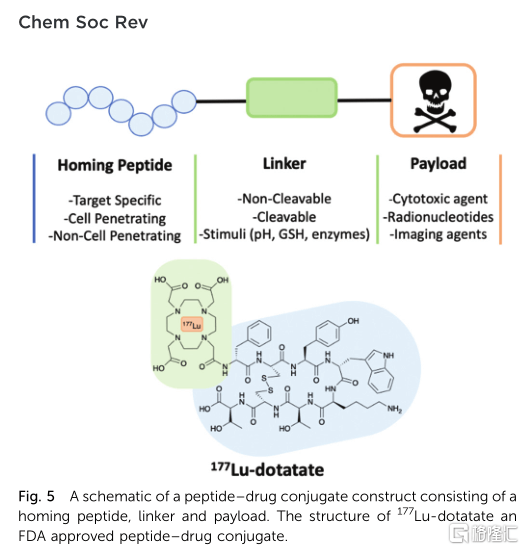 Among a wide range of new drug conjugates, PDC drugs are ahead of the curve due to their more potent tumor penetration, lower immunogenicity and lower production costs.

Currently, there are two PDCs approved for marketing worldwide. In January 2018, the FDA approved the first PDC drug, Lutathera, for treatment of gastroenteropancreatic neuroendocrine tumors, demonstrating for the first time the applicability of PDC drugs in future tumor therapy. In February 2021, melflufen (temporarily withdrawn from the market) was granted accelerated marketing approval by the FDA, which also triggered a wave of interest in PDCs.

In contrast to the overall smooth development of PDC, ISAC is off to a bad start. 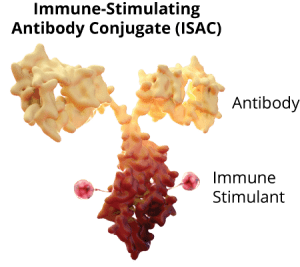 The potential application of ISAC also attracts Novartis, Takeda and several other companies.

In terms of overall development progress. Compared to PDC, ISAC development is at a much earlier stage.

On September 13, 2021, pioneer company Silverback Therapeutics presented interim Phase I/Ib clinical data at the ESMO meeting for its new immune stimulanting ADC drug SBT6050, which had an overall remission rate ORR of only 7% in 14 evaluable patients. Following the announcement, Silverback's stock price plunged 25% on the day and the company's market capitalization reached its lowest level since the company went public.

The clinical failures of Silverback and Bolt, two pioneers in ISAC, also put the future of ISAC in doubt.

Based on ADCs, novel coupled drug development and applications have a broader scope of imagination. Although the therapeutic concept of grafting ADC is simple, the combination of load, linker, and target function molecules is not a simple matter of arrangement and combination. The development of drug conjugates faces more complex pharmacological and toxicological issues. To make differentiation on top of ADC, the development of new generation ADC drugs needs more proof of concept and clinical validation, and it is a long way to explore.

As a worldwide leader of PEG linker tools, Biopharma PEG offers a wide array of different ADC Linkers to empower our customer's advanced research. These compounds feature great aqueous solubility, smart choice of PEG length, and a broad selection of functional groups to choose from.