New Progress of Targeted Degradation Based On Nucleic Acid

However, the application of PROTAC is limited to protein targets containing cytosolic domains that can be linked to sites. The ligands that bind the target proteins are usually determined by high-throughput screening and design. For proteins lacking a clear active site, the development of small molecule ligands is difficult and time-consuming [2]. Encouragingly, nucleic acid-based strategies have opened up new ways to degrade protein targets recently.

RNA-binding proteins (RBPs) belong to a special class of nucleic acid interactors involved in various important cellular processes. However, most RBPs lack traditional enzyme pockets that can efficiently bind small molecules, and the presence of their homologous protein domains can also lead to limited intracellular activity of small molecules.

To address these issues, Hall's team developed an RNA-PROTAC that utilizes short RNA mimics -- homologous to the RNA common binding element (RBE) of RBP -- as warheads that bind RBE and E3 to recruit peptides that mediate proteasome degradation [4] (FIG. 2). The first RNA-PROTACs were designed to degrade two RBPs: stem cell factor LIN28 (Lin28A) and splicing factor RBFOX1. Although RNA-PROTAC is an exciting method for RBPs degradation, it still has some drawbacks, such as the instability of RNA oligomers in vivo and the need for RNA secondary structure to properly interact with RBPs.

Transcription factors (TFs) are DNA-binding proteins that interact with specific DNA sequences to control chromatin and transcription and are important drivers of many diseases, especially cancer. Nearly 300 oncogenic TFs account for approximately 20% of all known oncogenes. However, the majority of oncogenic TFs do not have a natural ligand-binding pocket and have long been considered undruggable targets. Although TPD technologies targeting TFs have recently been developed, traditional inhibitor-based degradation strategies are not applicable to all TFs targets. To address this issue, a variety of nucleic acid-based degraders targeting TFs have emerged, as shown in the table below (Table 1). 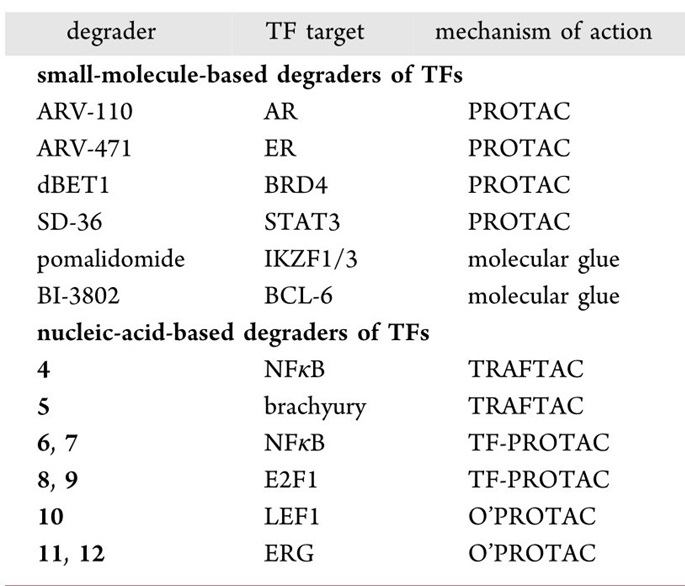 Figure 3: Design strategy (A) and representative chemical structure (B) of TF-PROTACs

G-quadruplex (G4s) is a special four-stranded nucleic acid structure rich in guanine bases, which is formed by Hoogsteen-hydrogen bonding to form a square planar structure of tetrads, while two or more guanine tetrads are formed by π-π stacking in the presence of cations (especially potassium) coordination. It has been reported that G4s exists in the genome of many eukaryotic cells, is involved in many key biological processes and a variety of human genetic diseases, and is also an important target of newly discovered anticancer drugs in recent years [5].

Phan's team designed the first G4-PROTAC, using G4 as a warhead, to target the degradation of the G4-binding protein RHAU (FIG. 4A), a potential therapeutic target for amyotrophic lateral sclerosis (ALS). Given that RHAU preferentially binds to the high-affinity all-parallel chain G4, the sequence TT (GGGT)4 (called T95−2T) with the all-parallel chain G4 topology was used as the warhead. The azide-modified E3 ligase recruiter was ligated to T95−2T at the 5′ end by a click reaction to assemble G4-PROTAC (Fig. 4B).

Figure 4: Design strategy (A) and representative chemical structure (B) of G4-PROTACs

Membrane-associated proteins can be targeted for degradation by bispecific aptamer chimeras. Aptamers, also known as chemical antibodies, are single-stranded DNA or RNA oligonucleotides with unique three-dimensional structures that can specifically bind to homologous molecular targets. Compared with other targeting vectors, nucleic acid aptamers have the advantages of simple preparation, precise synthesis, easy chemical modification, good stability, high specificity, good physicochemical properties, and good in vivo safety, but their immunogenicity is limited. In recent years, aptamers have emerged as efficient recognition elements and delivery tools for therapeutic drugs, usually via the reticulin-mediated endocytic pathway.

Han's group developed bispecific aptamer chimeras, becoming the first aptamer-based technology to target degradation of membrane-associated proteins. The bispecific aptamer chimera is a bifunctional molecule with the basic structure "aptamer 1-Linker-aptamer 2" (A1-L-A2), in which A1 and A2 specifically bind to IGFIIR and membrane-associated proteins, respectively (Figure 5A). The widely expressed IGFIIR is a typical lysosome-targeted receptor on the cell surface, and when the dual-specific aptamer chimera binds, the IGFIIR is endocytosed with its cargo, mediating the transfer of membrane-associated proteins to the lysosome for degradation. This technique has been effectively validated at two membrane receptors - the mesenchymal epithelial transition (Met) receptor and tyrosine kinase-like protein 7 (PTK-7) - (Figure 5B).

Figure 5: Design strategy (A) and representative chemical structure (B) of bispecific aptamer chimera

Aptamers have been widely used as tumor recognition elements for targeted cancer therapy [6].Among them, the nucleolar aptamer AS1411, a synthetic single-stranded DNA oligonucleotide rich in 26-base guanine, has been intensively studied and proven to have good tumor targeting and safety profiles, making it suitable as a tumor targeting element for biochemical studies and drug development. Wang's team developed aptamer-PROTAC conjugates (APCs), which improved the specificity and antitumor effect of traditional PROTACs by taking advantage of the good physicochemical properties and high specificity of aptamers. APCs consist of three elements: PROTAC elements (mediating E3 ligase and protein interaction, catalyzing protein ubiquitination degradation); aptamer elements (serves as delivery vehicles for targeting tumors); cleavable linker (enables targeted intracellular release of the original PROTAC).

In addition to serving as a tumor-specific recognition element and a delivery vehicle for PROTACs, AS1411 is also capable of acting as a warhead for targeting nucleophosmin (Figure 6). Nucleolin on the cell surface has been found in a variety of cancers and plays an important role in regulating cancer progression. Tan's team developed the first nucleolin degrader by linking DBCO-tagged AS1411 to an azide-modified VHL-binding ligand.

New Progress of Targeted Degradation Based On Nucleic Acids

At present, nucleic acid-based TPD strategies have attracted extensive attention, greatly expanding the scope of target proteins, and have the advantages of simple preparation, precise synthesis, high specificity, high efficiency, and low toxicity. Several technical platforms have been developed, as shown in the following table (Table 2).

Table 2: Examples of TFs degradation agents based on small molecules and nucleic acids

Despite rapid progress in nucleic acid-based TPD strategies, several challenges remain. Firstly, the instability of oligonucleotide may limit the application of corresponding chimeras in vivo. Second, the instability and negative charge of oligonucleotides require other delivery methods to enter cells. Third, rapid degradation of oligonucleotides may lead to adverse pharmacokinetic disadvantages. In conclusion, there is a long way to go, and the clinical application of nucleic acid-based chimeric degraders still needs more in-depth exploration and research.

Related articles:
[1] Overview of New Targets And Technologies of PROTAC
[2] Summary of PROTAC Degraders in Clinical Trials
[3] Several Types of PROTACs Based On Nucleic Acids
[4] PROTAC And Other Protein Degradation Technology
[5] Focus On PROTAC: Summary Of Targets From 2001 To 2019
[6] PROTACs and Targeted Protein Degradation