Drug delivery in vivo is often influenced by various physiological and pathological barriers, including hepatic metabolism, renal filtration, immune clearance, and various organ and tissue barriers (e.g., epithelial-endothelial barrier, extracellular matrix barrier, and cell membrane barrier). In addition, the in vivo application of conventional chemical drugs is often limited by low solubility, short retention time, suboptimal bioavailability, and poor targeting ability [1,2]; while large molecule drugs, such as nucleic acids and proteins, are more susceptible to rapid degradation by various enzymes in the circulation or tissues and lose their effectiveness [3]. Therefore, finding less toxic drug carriers that can effectively load drugs and deliver them to the target site has become a major challenge in drug research, especially for poorly soluble or unstable active compounds. 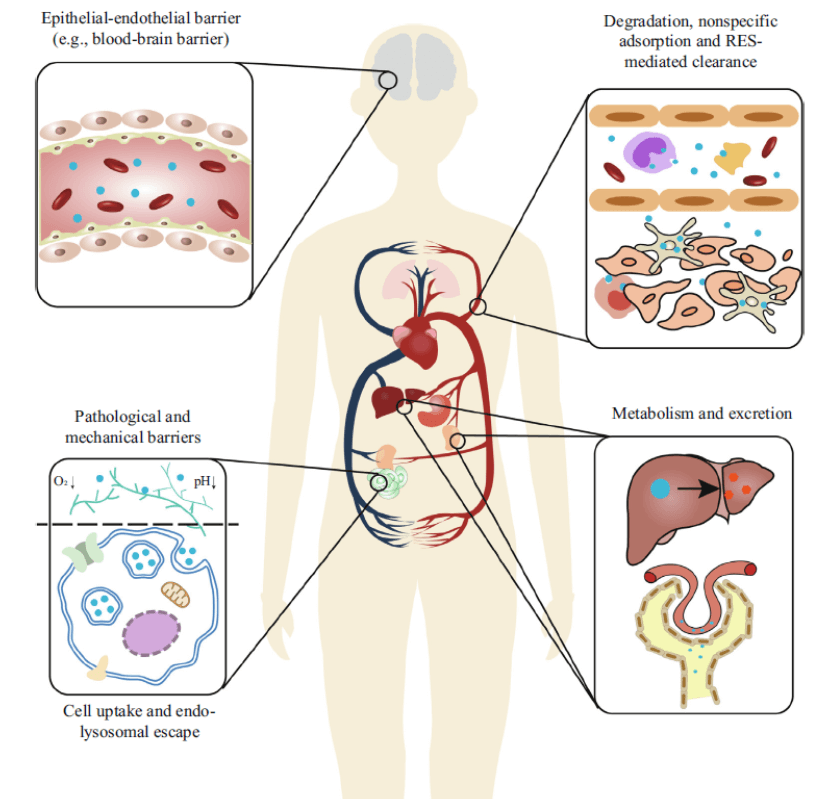 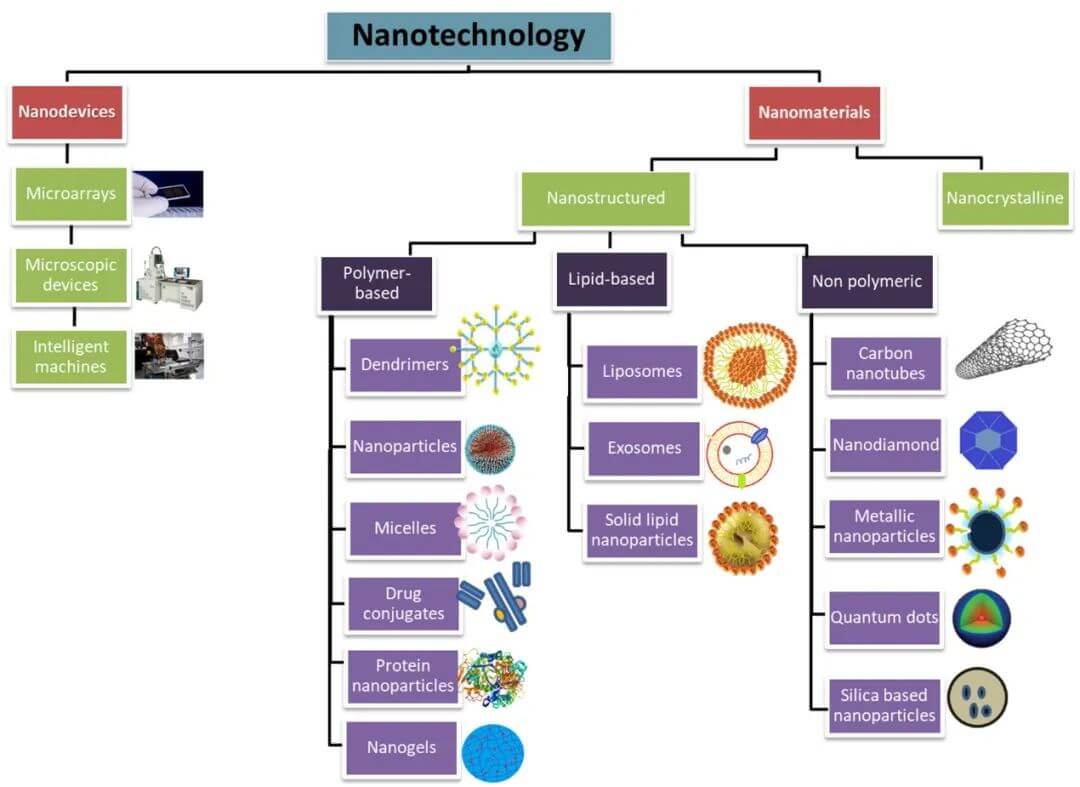 This article focuses on the advantages and disadvantages of several commonly used nano-delivery systems and the progress of research.

Lipid-based nanoparticles are typically spherical and consist of at least one lipid bilayer containing at least one internal water nucleus.

Liposomes were first discovered in the 1960s at the Babraham Institute, Cambridge University. Liposomes are vesicles formed by concentric lipid bilayers. Lipids are amphiphilic molecules with hydrophilic and hydrophobic components. When lipids come in contact with water, the interaction of the hydrophobic segment of the molecule with the solvent leads to the spontaneous formation of liposomal forms of lipids [5]. 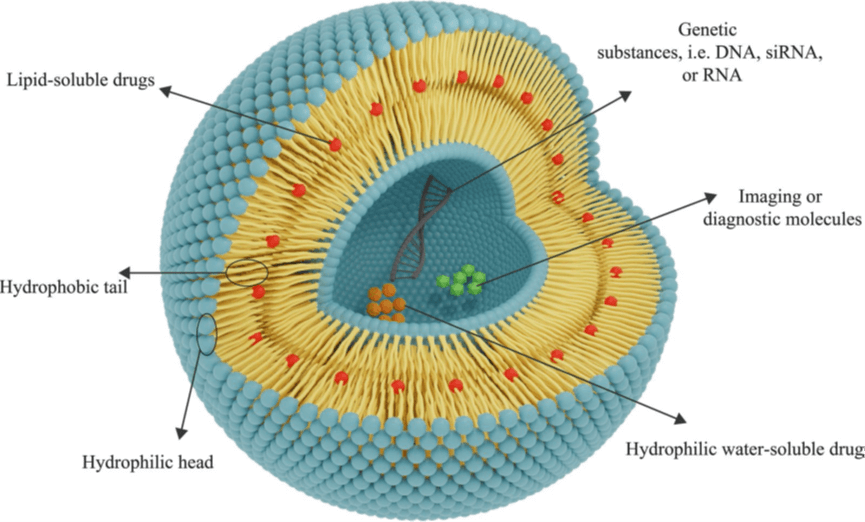 Liposomes have many advantages as drug delivery systems.

Liposomes have been extensively studied and used in applications such as cancer diagnosis and treatment, vaccines, brain-targeted drug delivery and anti-microbial therapy.

However, liposomes also have certain disadvantages, such as short half-life in blood, limited clearance, high cost and complicated preparation methods, which limit the clinical application of liposomes.

Doxil® was the first liposomal drug, approved by the FDA in 1995 for the treatment of  AIDS-related Kaposi's sarcoma, breast cancer, ovarian cancer, and other solid tumors. In the last two decades, the development of liposomal drugs has grown exponentially [6].

Exosomes play an important role in intracellular information exchange by delivering various compounds through physiological mechanisms such as antigen delivery in diseases such as immune response, neural communication, cancer, cardiovascular disease, diabetes, and inflammation. Since these vesicles can be isolated from the patient's body fluids, homologous exosomes have an advantage over the immune system in that they can easily protect the contained drug from rapid clearance and deliver it to the target site. As a result, investigations on exosomes as drug carriers for cancer and autoimmune diseases, diagnostic biomarkers for cancer, and even tissue regeneration potential are emerging.

In lipid-based delivery systems, phospholipids are important components due to their various properties, such as amphiphilicity, biocompatibility and multifunctionality. However, all of them have disadvantages such as complex production methods, low encapsulation rates, and difficulty in large-scale manufacturing, so solid lipid nanoparticles came into being. 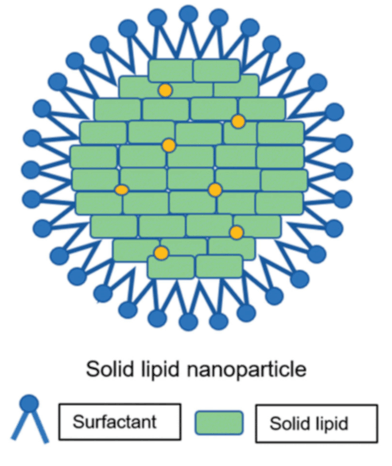 SLNs are colloidal nanoparticles with a lipophilic nucleus consisting of a lipid matrix that is solid at room and body temperature and first appeared in the early 1990s. Depending on the production method, SLNs range in size from 50 nm to 1000 nm, and the choice of lipid also influences the drug delivery properties.

SLNs can encapsulate very high amounts of lipophilic drugs as well as hydrophilic drugs and nucleic acids, making them versatile drug delivery vehicles. SLNs can also be modified or loaded with proteins and antigens and further administered via parenteral routes or alternative routes such as oral, nasal and pulmonary.

Lipid nanoparticles are submicron capsules with an aqueous nucleus developed on the basis of liposomes. Lipid nanoparticles encapsulating nucleic acids are commonly referred to as LNPs and are currently the predominant non-viral gene delivery system in clinical trials. LNPs can encapsulate many types of nucleic acids, including but not limited to DNA, ASOs, siRNA, microRNA, and mRNA.

Since naked RNA or DNA molecules degrade rapidly after injection, as a result they will not accumulate in the target tissue and cannot penetrate into the target cells even if they reach the target tissue [8]. Moreover, the immune system can recognize and destroy carriers containing genetic information. Thus the delivery of nucleic acid drugs is a central issue that hinders the widespread implementation of gene therapy based on RNA and DNA polymers.

Many of the structural and biological properties of LNPs are not attributed to a single lipid component alone, but to a combination of lipids. These components promote the formation of monodisperse nanoparticles, improve the stability of nanoparticles, achieve efficient nucleic acid encapsulation, and aid cellular uptake. At the same time, LNPs act as protective capsules for nucleic acid drugs, preventing enzymatic degradation until nucleic acid delivery to the cytoplasm of the target cell and promoting intranuclear body escape of nucleic acid cargo.

LNP technology is now a leading non-viral technology with its powerful and efficient formulation process, as well as its advantages in potency, payload and design flexibility, making possible the enormous potential of gene therapy.

PEGylated liposomes are another important type of lipid-based nanoparticles. It consists of two structural domains: a hydrophilic polyethylene glycol polymer bound to a hydrophobic lipid anchor.

It can prolong the drug circulation time, as PEGylated long-circulating liposomes (stealth liposomes), which prolong the blood circulation time of liposomes. This is because polyethylene glycol polymers represent a spatial barrier that prevents the binding of plasma proteins (conditioners), which not only evade capture by the reticuloendothelial system, but also improve passive targeting.

It is now widely used in liposome formulations. PEGylation is considered to be the most successful method to achieve extended cycling of nanoformulations, but repeated doses of PEG-modified liposomes accelerate their clearance in vivo, which is mediated by specific anti-PEG IgM. The modification of functional molecules leads to a non-T cell-dependent acute immune response. Therefore its clinical application still faces many challenges.

In a specific environment, some molecules containing both hydrophilic and hydrophobic groups can self-assemble, isolating their non-polar regions from the aqueous phase or isolating their polar regions from the organic phase, resulting in a variety of structural phases, such as micelles, vesicles, microemulsions, liquid crystal dispersions, etc. These self-assembled particles are dispersed in the solvent in a thermodynamically stable state, ranging in size from a few nanometers to tens of nanometers, and can be used as carriers for a variety of drugs. 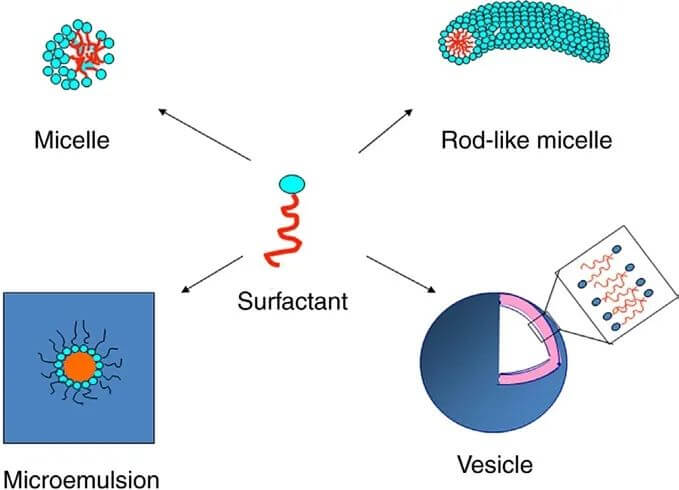 Micelles are generally the simplest conjugated structures of amphiphilic molecules commonly found in solution. Micelles are formed spontaneously by amphiphilic or surfactant molecules under certain concentration and temperature conditions, and their molecules consist of two regions with different properties, which have opposite affinities to their solvent. When micelles are used as drug carriers for aqueous phase media, insoluble non-polar drug molecules can be wrapped inside the core of the micelle, while polar molecules are adsorbed on the outer shell of the micelle.

Diblock polymers, triblock polymers, multiblock polymers, graft polymers, and stimuli-responsive polymers can form different types of monopolymeric micelles, which act as drug carriers to promote the dissolution of hydrophobic molecules, prolong the release of various drugs, and prevent the rapid clearance of the reticuloendothelial system.

Hybrid polymeric micelles are combinations of two or more amphiphilic molecules, such as lipid bilayers that dissolve and form hybrid micelles composed of surfactants and polar lipids after the addition of surfactants. Hybrid micelles also have more potential for development in terms of in vivo stability, drug loading and regulation of drug uptake and release [10].

The advantages of micelles as drug carriers are [11]. 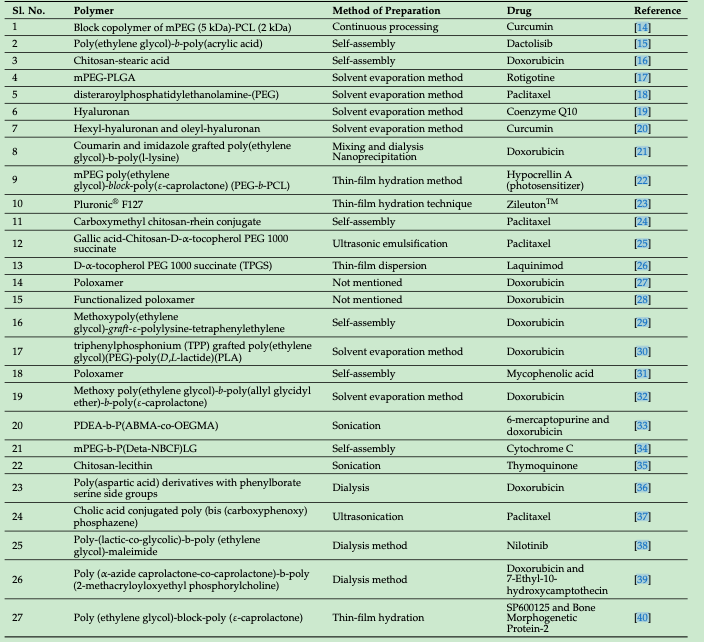 Figure 8. Application and development of micelles 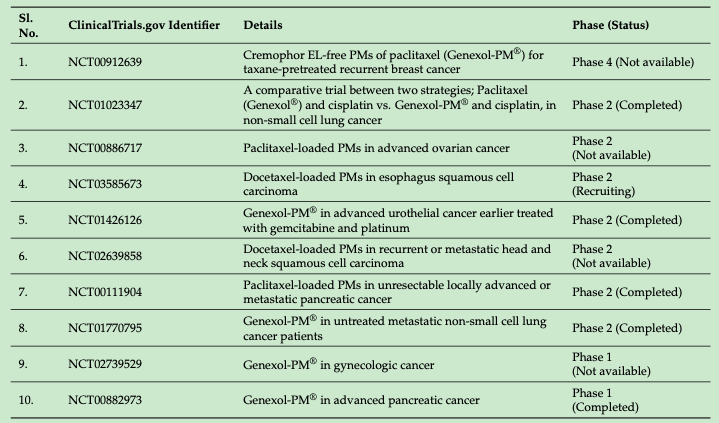