Release date：2019/6/17 12:40:35
Poly(ethylene glycol)–distearoylphosphatidylethanolamine (DSPE-PEG) block copolymers are biocompatible and amphiphilic polymers that can be widely utilized in the preparation of liposomes, polymeric nanoparticles, polymer hybrid nanoparticles, solid lipid nanoparticles, lipid–polymer hybrid nanoparticles, and microemulsions. Particularly, the terminal groups of PEG can be activated and linked to various targeting ligands, which can prolong the circulation time, improve the drug bioavailability, reduce undesirable side effects, and especially target specific cells, tissues, and even the intracellular localization in organelles. 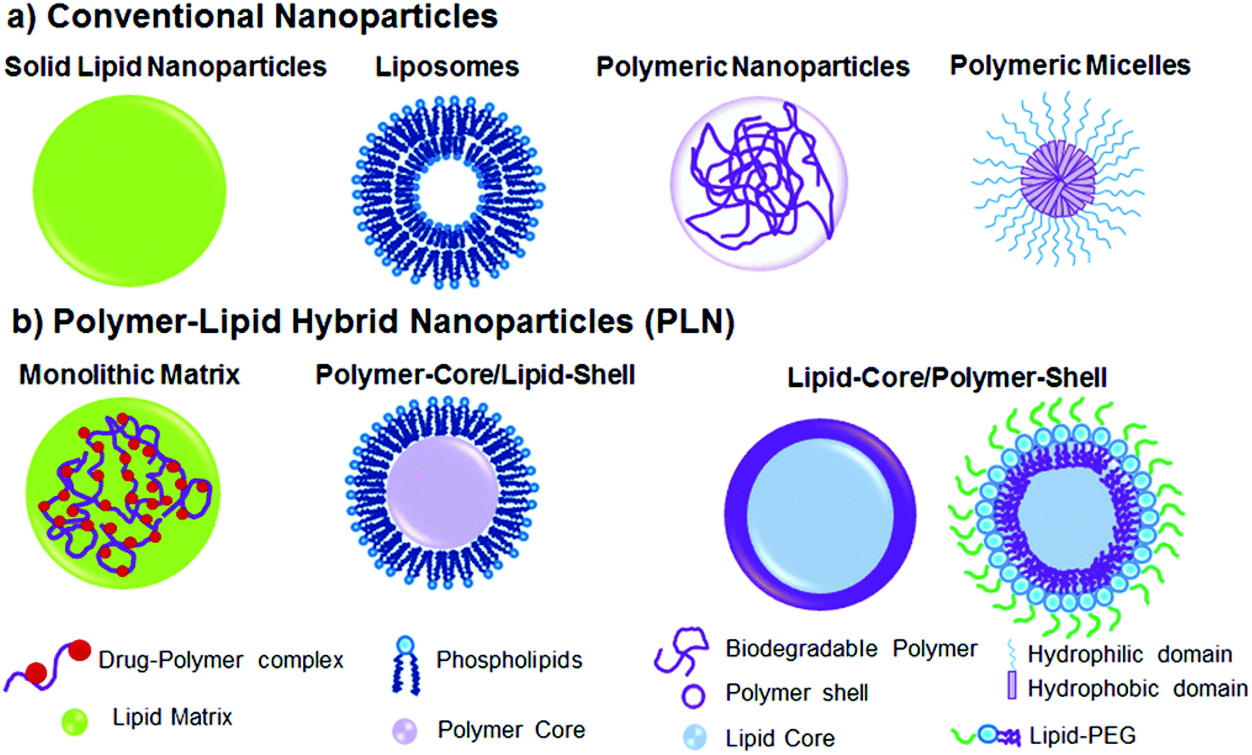 Poly(ethylene glycol)–distearoylphosphatidylethanolamine (PEG-DSPE) block copolymers are amphiphilic, have been approved by the Food and Drug Administration for medical applications, and have been widely used in the preparation of liposomes, polymeric nanoparticles, polymer hybrid nanoparticles, and solid lipid nanoparticles, among others. The amphiphilic polymers are nanostructures composed by a hydrophobic core (DSPE) and a hydrophilic shell (PEG). The core–shell structure can encapsulate and carry poorly water-soluble drugs to congregate in the core of DSPE, and the PEG shell reduces the in vivo clearance of cholesterol-free liposomal formulations and the adsorption of plasma proteins. Therefore, utilizing PEG-DSPE for the formation of nanostructures could prolong the body circulation time and release drugs at a sustained rate in an optimal range of drug concentrations. Molecular therapy, including gene therapy, is a promising strategy for the treatment of human diseases. However, delivery of molecular therapeutics efficiently and specifically to the targeted tissue remains a significant challenge.

Carboxyl groups are introduced to the terminal groups of DSPE-PEG block copolymers, which can easily react with the ligands for active target cells or tissues, such as transferring and peptide.9–11 Several reports have successfully synthesized DSPE-PEG-COOH.12–14 In brief, DSPE in chloroform methanol was added to PEG-bis(succinimidyl succinate) (PEG-2OSu) in chloroform, followed by the addition of triethylamine. The reaction mixture was stirred vigorously overnight at room temperature. Full conversion of the primary amino group of DSPE was confirmed by the negative ninhydrin reactivity after separating the products by thin-layer chromatography.

PEGylated liposomes have attracted considerable attention as the passive targeting administration carriers for the therapy of cancer and infectious diseases. They outweigh other carriers in increasing the systemic circulation time of drugs, delivering active molecules to the site of action and preventing damage of healthy tissue from toxic effects. During the preparation, the key step of developing long-circulating liposomes was accompanied by the inclusion of the synthetic polymer PEG in the liposome composition, such as PEG-DSPE. The incorporation of PEG-DSPE in the lipid-based carriers substantially prolongs the circulation lifetime of the liposomes.  PEG-DSPE would significantly increase the plasma circulation longevity of the liposomes from 1,2-distearoyl-sn-glycero-3-phosphatidylcholine (DSPC). The aggregation of DSPC-based liposomes was completely precluded with PEG-DSPE suggesting that PEG-DSPE, 2000 reduced the in vivo clearance of cholesterol-free liposomal formulations and the adsorption of plasma proteins primarily by inhibiting surface interactions and particularly by liposome-liposome aggregation.
Previous：PEG Hydrogels Applications in Drug Delivery and 3D Cell Culture Next：What is Anticancer Drug Carrier
About Biopharma PEG | Contact Us | PEG Linkers |  PEGylation | News | Email Subscribe
Phone: +1-857-366-6766 Fax: +1-617-206-9595 Email: sales@biochempeg.com Add:108 Water Street, Room 4D, Watertown, MA 02472, USA
All Rights Reserved • Copyright 2013-2021 Biopharma PEG Scientific Inc. Terms of Use | Privacy Policy