Why Does PEGylation Work in Drug Delivery? Can We do Better?

Release date：2019/9/7 18:17:00
Pegylation has been widely utilized in bio-pharmaceutical research since the first attempted by Davis and Abuchowskyon albumin and catalase modification in the 1970s.

PEGs re hydrophilic, non-toxic, non-immunogenic, and relatively chemically inert polymers consisting of repetitive units of ethylene oxide. It has been approved by the FDA as "generally recognized as safe".

Of all applications of Pegylation linkers, Drug delivery stands out as the prime path for scientists to look into.

The pros and cons of PEGylation in Drug Delivery

Drug delivery refers to approaches, formulations, technologies, and systems for transporting a pharmaceutical compound in the body as needed to safely achieve its desired therapeutic effect. It may involve scientific site-targeting within the body, or it might involve facilitating systemic pharmacokinetics; in any case, it is typically concerned with both quantity and duration of drug presence. Drug delivery is often approached via a drug's chemical formulation, but it may also involve medical devices or drug-device combination products. Drug delivery is a concept heavily integrated with dosage form and route of administration, the latter sometimes even being considered part of the definition.

It is generally thought that PEGylation allows particulate delivery systems and biomaterials to evade the immune system and thereby prolong circulation lifetimes.  However, numerous studies over the past decade have demonstrated that PEGylation causes significant reductions in drug delivery, including enhanced serum protein binding, reduced uptake by target cells, and the elicitation of an immune response that facilitates clearance in vivo. 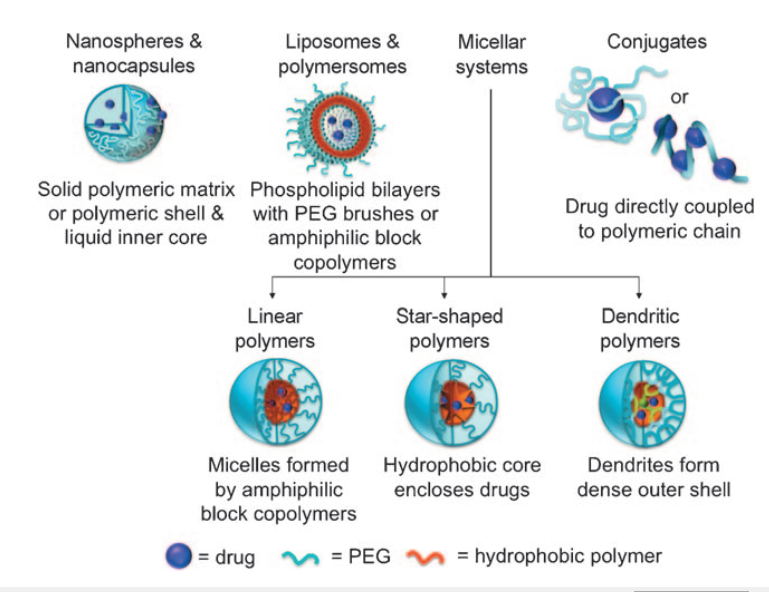 PEGylated drugs, liposomes, and nanocarriers are characterized by reduced renal filtration, decreased uptake by the RES, and diminished enzymatic degradation. For this reason, PEGylated drugs show a prolonged half-life in the body and, thus, an enhanced bioavailability. Hence, the frequency of drug administration and the amount of drug can be diminished, which improves the life quality of the patient and reduces clinical costs.

Even all the positive advantage that PEGylation brought to Drug delivery and even the Bio-pharmaceutical research, but still everything has two sides. Still, there are some positional drawbacks such as Hypersensitivity, toxicity of side products and degradation under stress etc.

​Scientists across the world have been working extensively on optimize PEGylation and at the same time looking for potential alternatives to PEG. A variety of natural polymers such as heparin, dextran, and chitosan have also been used in aide range of drug-delivery systems. However, they fall beyond the scope of this Review, which focuses on synthetic polymers.

Anyway, there are both challenges and opportunities ahead.