Therapeutic Oligonucleotides on the Rise

Oligonucleotides are synthesized, polymeric sequences of nucleotides (RNA, DNA, and their analogs) that are utilized extensively as PCR and microarray-based reagents in life science research, as primer and probe reagents in DNA-based diagnostic test kits, and increasingly they are being developed as direct therapeutic agents against a wide range of disease conditions. The research on its application as a drug candidate began about 30 years ago, beginning with antisense oligonucleotides (ASOs) and aptamers and followed about 15 years ago by siRNAs.  During that lengthy period of time, numerous clinical trials have been performed and thousands of trial participants accrued onto studies. Until now, a total of eleven FDA-approved oligonucleotide drugs are on the market, but well over 100 are in the clinical pipeline and many more are in pre-clinical development.

In 1998, Novartis Pharmaceutical's Vitravene (fomiversen), an antisense oligonucleotide, became the first oligonucleotide drug to be approved by the FDA. Vitravene was developed for the local treatment of cytomegalovirus (CMV) retinitis afflicting HIV patients. Ultimately, Vitravene was discontinued in 2004 because HIV treatment led to a reduction in the number of cases of CMV in HIV patients. Macugen (peaptanib sodium), an aptamer, was approved in 2004 for the treatment of wet age-related macular degeneration (AMD).

Over a decade after the approval of Vitravene, FDA approval came for Kynamro (mipomersen sodium) in 2013. This approval was followed by a flurry of activity that resulted in FDA approvals for eight more oligonucleotides.

The clinical pipeline of oligonucleotide drugs is rich with 157 drugs in Phase I to pre-registration. The therapeutic areas for the drug candidates are diverse spanning oncology, infectious disease, metabolic disorders, genetic disorders, and other areas. Two oligonucleotide drug candidates to watch are in the pre-registration phase including Atlantic Healthcare's alicaforsen and NS Pharma's viltolarsen. 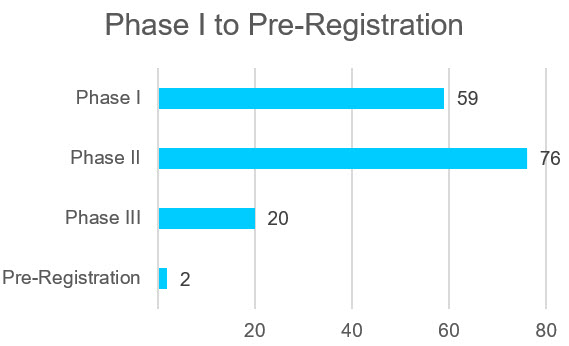 Oligonucleotides have been utilized for the last two decades for their therapeutic properties. Majorly these are used either for inhibition of genes or protein expression. Following are a few areas in which these can be used:

As a global partner, Biochempeg can supply commercial quantities of high quality functionalized PEGs, which are essential for your PEGylated therapeutic Oligonucleotides. We will PEGylate your oligonucleotides and deliver your PEGylated product with a certificate of analysis, as a regular end-product, for further testing at your site.