ADC Drugs: Some Challenges To Be Solved

Antibody-drug conjugates (ADCs), which use antibodies to selectively deliver cytotoxic drugs to the tumor site, are currently in rapid development. To date, a total of twelve ADCs have been approved by the FDA, they are Kadcyla, Adcetris, Besponsa, Mylotarg, Lumoxiti, Polivy, Padcev, Trodelvy, Enhertu, Blenrep, ZYNLONTA and Tivdak. In addition, there are currently more than 80 ADCs under investigation being evaluated in approximately 150 active clinical trials. Despite the increasing popularity of ADCs, scaling up their therapeutic index (better efficacy and less toxicity) remains a challenge. 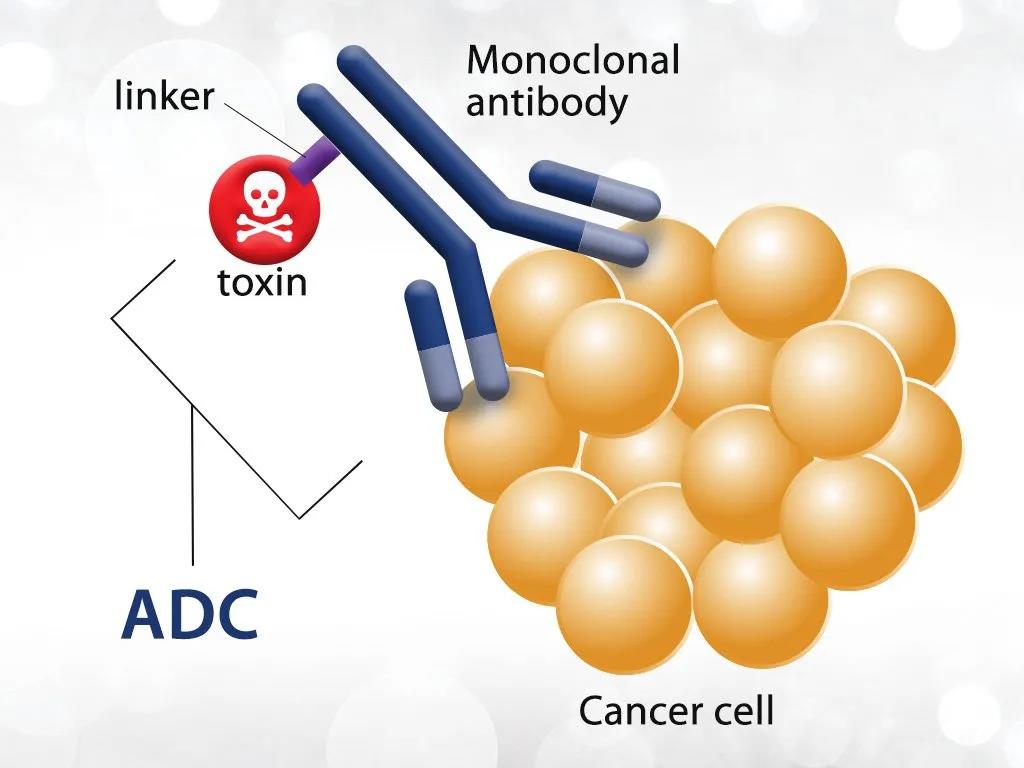 Despite the increasing number of ADC approvals, there are still challenges for ADCs that have demonstrated superior safety and efficacy in the clinic. An unexpected challenge faced by many developers during clinical evaluations is the inability of ADCs to demonstrate benefit compared to controls, such as MM-302. MM-302 is an anti-HER2 monoclonal antibody conjugated to doxorubicin.

The Phase II HERMIONE trial (NCT02213744) was discontinued due to a lack of benefit from a placebo treatment.  Another ADC that reported a similar situation was Rovalpitumab tesirine (RovA-T), encouraging results from the Phase I trial reported 18% ORR in assessable patients, 38% ORR in patients with high DLL3 expression (NCT01901653).  However, safety and efficacy issues were raised due to the results of the Phase II trial TRINITY (NCT02674568), which did not meet the primary endpoint and reported high toxicity rates.  The most common event in patients was pleural effusion, which was thought to be toxic in association with PBDE dimers.  Ultimately, results from the Phase III trials TAHOE (NCT03061812) and MERU (NCT03033511) resulted in AbbVie completely discontinuing the development of RovA-T, with a lack of survival benefit compared to the control group.

The design of ADC drug

One of the major challenges of ADCs is off-target toxicity, which is caused by the premature release of cytotoxic small molecules into the bloodstream.  Antibodies are an awkward vehicle for transport, difficult to navigate through the tumor's alleys, and it is estimated that only 0.1% of the drug reaches the tumor tissue. In order to ensure that the other 99% of highly toxic warheads do not bring systemic toxicity, the chemical link between the warhead and the antibody must be sufficiently stable. However, in order to release the warhead in the cell without being too stable, this obviously brings trouble to drug design.

The associated increased risk depends on the toxicity profile associated with cytotoxic small molecules. Off-target toxicities of maytansine (DM1) were hepatotoxicity and thrombocytopenia. MMAE was associated with the likelihood of peripheral neuropathy, neutropenia, and anemia. MMAF was associated with ocular toxicity. In terms of the metabolic characteristics of ADC, the hydrophobicity of ADC increases the clearance rate due to the high drug load of hydrophobic small molecules.  An in vivo study involving a xenograft model compared the effect of a high dose of MMAE with different DARS (2, 4, and 8) conjugation against CD30 mab on ADC clearance.  The results showed that the higher the drug loading, the higher the clearance rate.  In this study, ADCs with a DAR of 8 were cleared fastest.

In addition, ADCs are easy to aggregate. ADC aggregation leads to modifications that reduce its ability to bind antigens.

Another challenge factor is drug resistance. The internalization of the payload and its efficacy are mainly affected by acquired resistance mechanisms, such as down-regulation of tumor cell antigen expression. Drug resistance occurs when a treatment fails or becomes less effective, or when tumor cells escape. Drug resistance can arise at the start of treatment or after drug treatment.

There are many mechanisms by which drug resistance arises, some of which include: down-regulation of antigen level expression, drug efflux pumps, endocytosis and migration, defective lysosomal function, altered signaling pathways, and dysregulated apoptosis.

With the increase in the types and wide application of macromolecular protein drugs, the related immunogenicity problems have gradually surfaced. Protein drugs have potential factors to induce immunogenicity, the consequences of which may affect efficacy and even be life-threatening. Antibody-drug conjugates (ADCs) have the same immunogenicity as antibody drugs, and their immunogenicity risks affect the safety and effectiveness of the drugs for patients, and may even bring fatal new diseases to patients due to ADA and endogenous protein cross. (See: Immunogenicity of ADC)

Along with the success and excitement of the ADC development process, there also have its complexities and limitations. This is an era of innovative drugs, with newer iterations of different technologies, and ADCs need more extensive clinical coverage and confirmation as more questions are studied in depth.

In the future, ADC drugs will have a huge potential in the anti-tumor market. Biopharma PEG is a worldwide leader of PEG linker supplier that offers a wide array of different ADC linkers to empower our customer's advanced research.