Hydrogels are composed of hydrophilic polymers with a three-dimensional network structure that can absorb large amounts of water as well as be used to carry drugs. Hydrogels prepared with suitable materials are biocompatible and have controlled mechanical and viscoelastic properties. Since the coining of the term "hydrogel" in the late 19th century, hydrogels have been widely used in drug delivery, wound dressings, tissue engineering, and hygiene products. This article introduces hydrogels in terms of their history, structural forms, and applications in drug delivery. 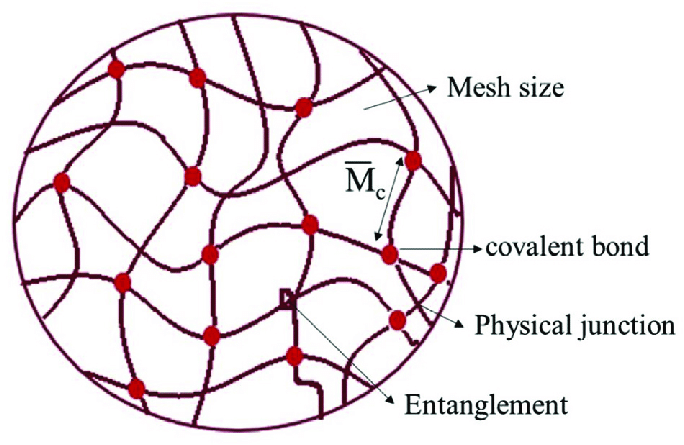 Figure 1. Structure of hydrogel at the molecular level.

The term hydrogel can be traced back to 1894 and was first used to describe a colloid of some inorganic salts. Today, hydrogel has a completely different meaning than it had at the beginning. The first ever hydrogel reported in 1949 for biomedical implant was Ivalon, poly(vinyl alcohol) cross-linked with formaldehyde. And in 1960, PHEMA (Polyhydroxyethylmethacrylate) was introduced which bring the market of hydrogel to boom. Looking back at the history of hydrogel, it can be roughly divided into three generations.

The first-generation hydrogels are divided into three main categories. The first category is polymers of alkene monomers subjected to radical-induced chain addition reactions, mainly represented by polyacrylamide (PAM) and polyhydroxyethyl methacrylate (pHEMA), which remain an important biomaterial despite having been invented more than 70 years ago. The second category is covalently cross-linked hydrophilic polymers, mainly represented by polyvinyl alcohol (PVA) and polyethylene glycol (PEG), which are mainly used in tissue engineering. The third category is cellulose based hydrogels, which are mainly used as drug dispersion matrices in drug delivery.

The main feature of third-generation hydrogels is "cross-linking", which modulates the mechanical and degradation properties of hydrogels mainly through stereoconjugation, inclusion, metal-ligand coordination and synthesis of peptide chains. For example, one of the main applications of stereoconjugation is the preparation of injectable hydrogels by blocking two amphiphilic copolymers, poly(L-lactic acid) (PLLA) and poly(D-lactic acid) (PDLA). There are also studies on the use of cyclodextrin inclusion compounds to construct hydrogels with hydrophobic cavities that can accommodate different molecules. In addition, there are also studies on synthetic peptide (or protein) hydrogels constructed by using the folding structure of peptides in genetic engineering, but such hydrogels are mainly embodied in research.

There is increased interest in hydrogels for drug delivery due to their stimuli-responsive properties, which can change its properties (such as mechanical properties, swelling capacity, hydrophilicity, or permeability of bioactive molecules) under the effect of surroundings, including temperature, pH, electromagnetic radiation, magnetic field, and biological factors. Here, we will focus on hydrogel-based delivery of drugs.

Buccal or oral mucosal routes have various advantages for the administration of drugs which undergo severe first-pass metabolism. Hydrogel seemed an appropriate material for the buccal delivery systems because of its mucoadhesiveness, sustained-release property, good feel in the mouth, and safety.

The oral cavity is lined by a mucous membrane consisting of stratified squamous epithelium and an underlying connective tissue layer. The drug delivery process in the oral cavity mainly goes through: drug dissolution, drug diffusion through the mucosa by passive or active means to the local blood circulation system and finally to the systemic blood circulation. Therefore, the permeability of different sites brings different drug delivery modes.

The sublingual mucosa is more permeable than the buccal mucosa and is suitable for drugs that require a rapid onset of action, but drug delivery through the sublingual mucosa can interfere with tongue movement during speech. In contrast, drug delivery through the buccal mucosa has less impact on tongue movement and is preferred for the treatment of chronic diseases, whereas drug delivery through the gingiva is often limited to local action. Mucosal drug delivery results in a large portion of the drug entering the gastrointestinal tract, therefore hydrogels with mucoadhesive properties are considered in the dosage form design. Hydrogel-based bioadhesive tablets can be used to control the rate of drug release using water cooperation. Common matrices used in these hydrogel applications are hydroxypropyl cellulose (HPC), hydroxyethyl cellulose (HEC), polyacrylic acid (PA), carboxymethyl cellulose (CMC), polyvinyl alcohol (PVA), hydroxypropyl methylcellulose (HPMC), chitosan, etc.
The hydrogel drugs currently on the market for buccal delivery, mainly for oral care and rehydration or for continuous delivery systems for angina prevention, are listed in the table below.

The vagina has been traditionally used as a route of administration for delivering anti-microbial and anti-viral drugs, as bacteria, fungi or viruses can easily multiply in the vagina and cause a variety of lesions that induce vaginitis. In addition, vaginal delivery is also an alternative to parenteral routes of administration of propranolol, human growth hormone, insulin, and steroids due to its large surface area, high perfusion of tissues, and high permeability to peptides and proteins, etc. The main obstacle to vaginal administration is the change in vaginal fluid content and permeability of the vaginal mucosa caused by changes in age and hormone levels, which in turn affects drug release and pharmacokinetics.

Currently, two approaches are used to overcome this limitation: the use of mucosal adhesives to prolong the residence time of the drug on the vaginal mucosa, and the use of stimuli-sensitive hydrogels with a sol-gel transition in the vaginal environment. Both solutions, in turn, rely heavily on matrix excipients. The most commonly used polymers in vaginal preparations are hydrogels: polyacrylates, chitosan, cellulose derivatives such as carboxymethylcellulose (CMC), hydroxypropylmethylcellulose (HPMC) and hyaluronic acid, alginate and gelatin. The main drugs currently on the market, mainly care products and gynecological drugs, are listed in the table below.

Transdermal administration is a specific route of administration suitable for poorly absorbed oral drugs with high first-pass effects and for patients who are intolerant to injections. The skin is an inhomogeneous membrane with very low permeability characteristics that reduce water loss and stop the flow of toxins into the body.

The outermost layer of the skin is the stratum corneum, which is only 20-25 μm thick and prevents the penetration of foreign substances, but is also the greatest obstacle to transdermal drug delivery. Conventional transdermal patch delivery requires drugs with low molecular weight, high lipophilicity, and small doses. In 1979, the first transdermal system for systemic drug delivery, scopolamine transdermal patch, was approved in the United States. Ten years later, nicotine patches were marketed, which not only featured high patient compliance but also greatly increased the visibility of transdermal formulations among patients.

Conventional transdermal patches marketed in recent years can be divided into two main categories: reservoir-based patches and matrix-based patches. The first type is characterized by keeping the drug in a solution or gel and controlling drug delivery through a membrane located between the drug reservoir and the skin. The latter combines the adhesive and mechanical properties of the formulation, and the drug delivery rate is controlled solely by skin permeability. Overcoming skin permeability is thus the key to the problem, as hydrogels promote skin penetration of the drug through skin hydration for both topical and systemic effects. Listed below are some of the commercial products based on transdermal drug delivery hydrogels available in the market, which cover a relatively wide range of drug delivery from dermatological conditions to systemic drug delivery.

With the proper formulation design of hydrogels, contact time can be extended, especially with subconjunctival administration, where the drug can bypass the conjunctival-corneal barrier and enter directly into the transscleral pathway to the posterior part of the eye.

Hydrogel formulations have been used in a variety of ophthalmic applications because they offer several advantages over conventional materials, such as mild preparation conditions, high water content, and important features that maintain the activity of molecules such as proteins. Moreover, certain temperature-sensitive and in situ hydrogels can be administered in a less invasive manner for long-term implantation purposes. Some of the commercially available hydrogel-based products on the market for ocular drug delivery are listed below.

Hydrogels have been receiving a lot of attention due to their unique properties. Although relevant theoretical studies have been conducted to dig deeper into it, there are still many prescriptions that have failed to enter the market, and hydrogels are still promising in the field of drug delivery.

At present, PEG has been widely used as hydrogels, and it is expected that future application prospects will also be quite broad. Biopharma PEG provides multi-arm PEG derivatives, including 4-arm and 8-arm PEG products, as well as some other PEG products with special structures, which can be used to crosslink into degradable PEG hydrogels.