The Rise of the TROP2-Directed ADCs for Solid Tumors

Antibody-drug conjugate (ADC) is a rapidly expanding class of highly potent anticancer drugs which comprises a mAb conjugated to the cytotoxic payload via a chemical linker. Compared with tranditional drugs, ADCs allow for improved drug delivery and reduced toxicity.

One of the most important aspects of ADC development for cancer is the identification of the unique antigenic target of the mAb component. Currently, five ADCs are FDA-approved for the treatment of solid tumors, including Kadcyla® and Enhertu® , both anti-HER2; Padcev ® , targeting Nectin-4; Trodelvy® , active against Trop2 and Tivdak® , targeting tissue factor.

Table: FDA-approved ADCs for the treatment of solid tumors

Today, in this article, we talk about the next hot ADC target - TROP2.

Trop-2 (trophoblast antigen 2) is a transmembrane glycoprotein coded by the gene TACSTD2, which primarily acts as intracellular calcium signal transducer. It consists of 323 amino acids with a hydrophobic leader peptide, an extracellular domain, a single transmembrane domain, and a cytoplasmic tail. Although the structure of Trop-2 is not complex, its role is not simple. 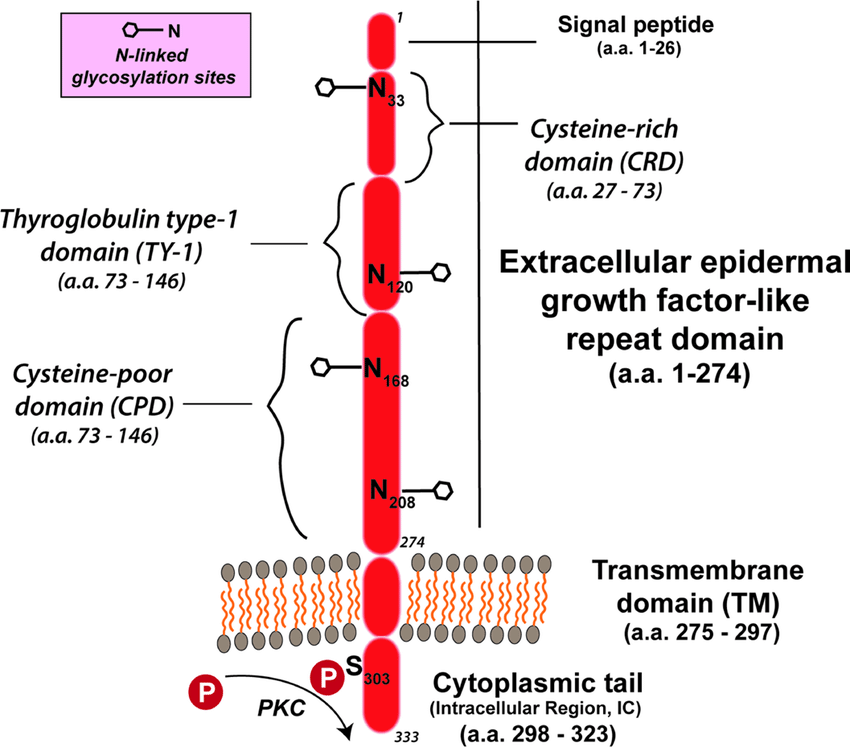 Trop2 was originally discovered in trophoblast cells, and under physiological conditions, this protein is essential for both embryogenesis and fetal development. Some normal tissues also express Trop2, including the skin, uterus, bladder, esophagus, oral mucosa, nasopharynx, and lung. Trop2 is highly expressed in many malignant tumors, such as pancreatic cancer, including but not limited to lung cancer, breast cancer, uterine cancer, ovarian cancer, etc. According to a study in Nature, the high expression rate of Trop-2 in breast cancer reaches 83%. So how does Trop-2 affect tumor cells?

On the one hand, Trop-2 stimulates tumor cell proliferation and growth. This process relies on the ERK (Extracellular Signal-Regulated Kinases) pathway, which is central to the regulation of cell growth, development and division signaling, and is found to be over-activated in many cancers. Trop-2 regulates tumor cell proliferation by regulating the transcription of cell cycle genes downstream of the ERK pathway.

On the other hand, Trop-2 also promotes the metastasis of tumors. By Epithelial-mesenchymal transition (EMT), carcinoma cells can suppress their epithelial features changing to mesenchymal ones, which allows carcinoma cells to acquire mobility and the capacity to migrate from the primary site. A study in Carcinogenesis found that membrane expression of Trop-2 was positively correlated with calmodulin E expression. In other words, the greater the expression of Trop-2, the less adhesive cells and the greater the mobility of the tumor.

On April 23, 2020, Trodelvy (Sacituzumab govitecan), the first ADC drug targeting Trop-2, received accelerated approval from the FDA for the treatment of unresectable locally advanced or metastatic TNBC. This demonstrates the therapeutic value of Trop-2-targeted agents. Theoretically, Trop-2-targeted agents also have good therapeutic prospects for the treatment of other human epithelial tumors with high Trop-2 expression.

Sacituzumab govitecan contains a humanized mAb and the topoisomerase inhibitor SN-38, coupled via a novel polyethylene glycol (PEG)-based, pH-sensitive, hydrolyzable linker (CL2A) using cysteine conjugation. The use of the ADC design resulted in a relatively high DAR of approximately 7.6, and the addition of short PEG groups helped increase solubility and minimize aggregation. In addition, cleavable linkers and high hydrophobicity are thought to contribute to the bystander-killing effect associated with sacituzumab govitecan and may indicate greater potential for improved clinical activity in heterogeneous biomarker expression.

The emergence of Trop-2–directed ADCs provide a potential opportunity to improve survival outcomes and address therapeutic resistance for patients with TNBC and NSCLC. Key details of several ongoing clinical trials that are currently evaluating the use of novel anti-Trop-2 ADCs for the treatment of solid tumors are summarized in the table.

Based on these results, 6 mg/kg was selected as the registration randomized Phase 3 TROPION-Lung01 study dose. In addition, in the TROPION-PanTumor01 study, antitumor activity was also observed with Dato-DXd treatment, with an ORR of 35% and an mDOR of 9.5 months.

There is a growing interest in Trop-2 as a targetable biomarker in TNBC and NSCLC with the thought that Trop-2 inhibition may help improve outcomes for these patients. And also, there are many challenges ahead. Biopharma PEG, as a professional PEG supplier, offers a variety of PEG linkers to facilitate antibody-drug conjugate (ADC) development projects. All PEG linkers are of >95% purity and they are the basic building blocks for a successful ADC.